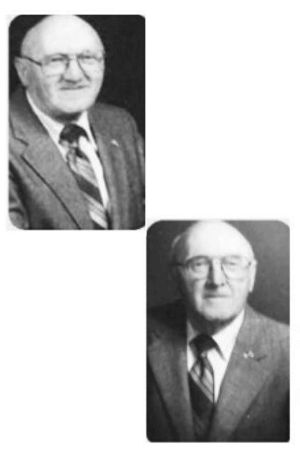 To provide educational resources for graduates of high schools within the city of Belvidere, Illinois.

Considering the background and criteria of this scholarship, why are you the best candidate? Your response should demonstrate your community and civic service to Boone County, academic achievement, and self-motivation.

- Be a graduating senior from or a graduate of a public or private high school located within the city of Belvidere, Illinois;
- Plan to pursue studies in the medical sciences including medical school, dental school, dental hygienist school, nursing school or other healthcare related programs;
- Demonstrate financial need; and
- Illustrate community and civic service to Boone County, academic achievement, and self-motivation.

This scholarship is renewable for four years as long as criteria are met.

Wilbur Cummings was born in Rockford, Illinois and was a lifelong resident of Caledonia, Illinois. He was a member of the Caledonia Congregational Church, a trustee for Caledonia Township for 36 years, former Malta Township Treasurer. He served the North Boone Fire Department, Belvidere Police and Fire Commission, and the Belvidere Moose Lodge. Wilbur worked with his brother for 27 years at the Belford Theater.

In 1953, Wilbur lost his arm in a farming accident. He was treated by a doctor in nearby Caledonia. His brother, William fervently believed having a doctor close by saved Wilbur’s life. Together, the two brothers made it their mission to, upon their deaths, provide scholarship opportunties for young men and women interested in pursing the medical field.

William Cummings was born on September 29, 1922 in Rockford, Illinois, and was a lifelong resident of Caledonia, Illinois. He was a member of the Caledonia Congregational Church, former assistant chief of the North Boone District 3 Fire Department, a Republican precinct committeeman, and a member of the Belvidere Moose Lodge. William and his brother, Wilbur, worked for 27 years at the Belford Theater.

When Wilbur lost his arm in 1953 and was treated by a doctor in Caledonia, William was convinced that the locality of the doctor saved his brother’s life. The generosity of William and Wilbur will live on together as this scholarship, in their memory, provides financial resources for those eager to serve in the medical field.

Would you like to support the Wilbur and William Cummings Memorial Scholarship? You can make a donation directly to this fund, to help grow its impact and ability to provide educational resources for students in our community — forever!