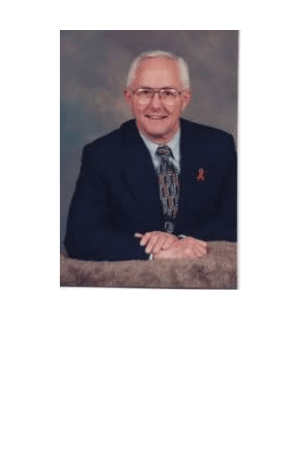 To provide financial assistance to individuals who are pursuing a career as a school or public librarian.

- Be a High school graduate or graduating high school senior with a permanent address within Boone, Ogle, Stephenson, or Winnebago County in Illinois;
- Major in library and information science or related field;
- Intend to pursue a career as a school or public librarian;
- Attend a four-year college or university during the funded year; and
- Have a minimum GPA of 3.0/4.0.

Priority will be given to applicants who have work or volunteer experience in a school or public library.

Bill was born and raised in Nebraska and graduated from Bradshaw High School in 1957. He served as a Chaplain Services Specialist in the United States Air Force from 1957 – 1961 and graduated with a B.S. from the University of Nebraska and with an M.A. from the University of Denver. He is a member of Beta Phi Mu/International Library & Information Studies Honor Society and of the National Education Society. Bill worked in public schools in Oregon, Nebraska, and Illinois before moving to positions in public libraries in Rockford, Elgin and Arlington Heights. He retired from the Arlington Heights Memorial Library and served as Associate Executive Librarian/Public Services Coordinator.

With his partner, he owned the Home Place Antiques in Belvidere for 14 years before moving to Palm Springs, California in 2005. He is active as a volunteer at the Desert Regional Medical Center, Desert Aids Project and for the past six years has served as President of his Homeowners Board.

Would you like to support the William J. Galaway Library and Information Science Scholarship? You can make a donation directly to this fund, to help grow its impact and ability to provide educational resources for students in our community — forever!