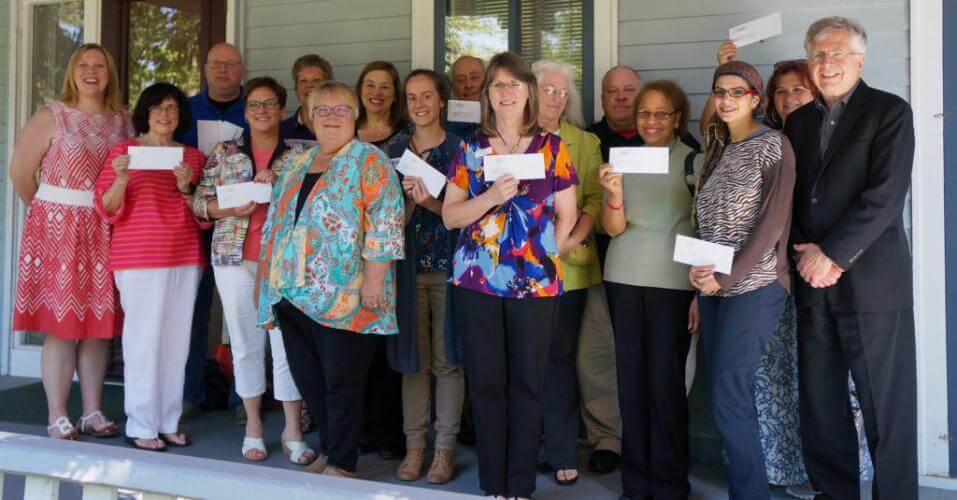 The Community Foundation of Northern Illinois (CFNIL) and HomeStart are proud to announce the recipients of the 2017 Neighborhood Grants Program. The grants will be awarded to 13 organizations that are working to improve the quality of life in their communities. CFNIL has operated a neighborhood grants program since 1995, distributing more than $676,000 to build better neighborhoods in Rockford. This is the second year the two organizations are collaborating in order to expand the availability of funds to neighborhood-based groups throughout Northern Illinois. (Pictured: Representatives from the 13 recipient organizations.)

Emmanuel Lutheran Church – $1,285
Midtown Community Partners for Positive Change
Emmanuel Lutheran Church will provide resident-focused conflict resolution seminars, community policing events, kid-friendly workshops on computer coding and science, and music and art classes. This will build a stronger community and create better relationships with the law enforcement. This project will serve the Midtown Neighborhood: Kishwaukee Street to the west, 11th Street to the east, State Street to the north, and 9th Avenue to the south.

North End Square Neighborhood Association – $2,500
NESNA Newsletter 2017
The North End Square Neighborhood Association (NESNA) will produce educational materials and newsletters that provide information about neighborhood safety and well-being. The neighborhood association will host a picnic to encourage interaction between neighbors that may not otherwise meet, increasing the opportunity for building stronger relationships and fostering pride in the community. NESNA serves the residents living between Auburn Street to the south, Ridge Street to the west, Fulton Avenue to the north, and Main Street to the east.

Rockford Park District Foundation – $1,500
City of Gardens Beautification Projects
The program has grown from 18 baskets to almost 300. In 2017 an additional 22 baskets will be added to new poles in the downtown area. The funding will help address the replacement of baskets that have reached the end of use as well as help with the rising costs of the program. The Rockford Park District serves the people of Rockford, Loves Park, Cherry Valley, and New Milford as well as all visitors to the area.