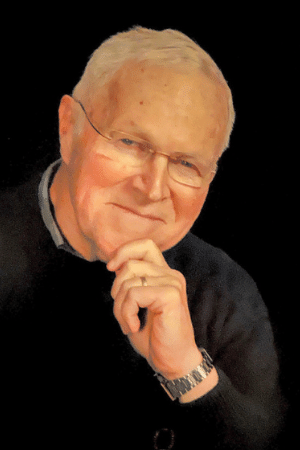 To provide educational resources to graduates of Byron High School who intend to pursue a career in music education.

Why do you want to be a music educator? Please discuss what experiences in your past led to your decision, and what you hope to accomplish in your career. Please discuss the role of music in your life, and how you plan to pursue music in college, in your community, and beyond. Discuss your experience in music and the impact it has had on you. Consider how it influences your personal goals and how you intend to apply your experiences as a music educator.

- Be a high school graduating senior or graduate of Byron High School; and
- Plan to pursue a career in music education.

Preference will be given to current high school seniors.

David Johnson was the driving force in music education in Byron, IL for over three decades. His affinity for music was cemented as he studied at the Berklee College of Music in Boston and ultimately graduated from the esteemed music program at the University of North Texas in Denton.

David began teaching in the Byron School District in 1965 with a two year stint as the high school band director. After pausing efforts in Byron to serve in the US Army as a trumpet player, singer, band leader, and arranger, he returned home to Illinois to resume his teaching position in Byron. David transformed the notion of music education in Byron by using his college-earned and army-tested standards for quality and discipline to coax generations of students to success in music. He was equally at home conducting the high school band and choir as he was singing along with his ukulele in a class of kindergarten students.

His serious but creative and approachable teaching style built confidence and musicality in his students in all styles of vocal and instrumental performance as well as in music theory and composition. This was evidenced, in part, by several of his students being selected for district and state level performance ensemble appointments, as well as Byron bands and choirs routinely receiving first place ratings at annual ensemble contest festivals. David also led Byron bands and choirs in numerous out of state and international performances. In addition, the Byron Chamber of Commerce named David its “Citizen of the Year” in 1993.

David threw himself into the greater music and school community with stints as orchestra director and vocal coach for school musicals, extra-curricular jazz band and swing-choir director, middle school cross country coach, Byron High School junior class advisor, ski club advisor, and teacher’s union president. Additionally, David served as an adjudicator for many solo and ensemble contests as well as a judge for IMEA district and state festival auditions. In “retirement,” David went on to teach music history as an adjunct professor at Rock Valley College in Rockford, IL.

Alongside his teaching, David maintained an active career as a professional trumpet player in several area big bands, jazz and Dixieland combos, and community bands. Additionally, he was perennially on the first-call list when any national touring acts or the Ice Capades or the Ringling Brothers Circus came through town and needed a “house band.” He also served as the choir director at the United Church of Byron for many years.

David believed in educating the “whole child” and the importance of music curriculum at every grade level. He always got the best out of his ensembles, but more importantly, he always encouraged each student to be their best and grow to their individual musical potential and their potential as people. This co-equal vision of shaping musically talented and literate but also kind and disciplined people was what made David special and what we hope will be proliferated through the awarding of this scholarship.

Would you like to support the David L. Johnson Memorial Scholarship? You can make a donation directly to this fund, to help grow its impact and ability to provide educational resources for students in our community — forever!